If I’m being honest with you, I pretty much knew we’d be buying a tree when we went out. But it’s Roe’s first Christmas, so I wanted to try anyway. Last year we went into the woods behind our house and picked out a skinny little tree, which we had to hang from the roof because it was too thin to fit in the tree stand. As perfectly imperfect as that tree was, this year I wanted to try something that could stand on its own.

There were two vehicles parked at the spot we had initially planned to visit. Then Jordon had an idea, turned the car around, and headed up a random dirt road. We bumped along upwards for a while, picked an off-shoot road that felt right, and parked the car. That ended up being the best decision ever.

While there was no one else around at the time, it looked like a popular spot for summer parties based on the amount and type of garbage scattered everywhere. Next time we come back I’m going to bring a garbage bag and thick gloves to clean up.

Despite the garbage the forest was still beautiful. Being mostly devoid of people at this time of year, the woods were absolutely full of small birds that scattered deeper into the trees on each side as we walked. It conjures up a variation of Frost.

While we stuck to the wider path for most of it, not wanting a repeat of that time we were lost for three hours, we did venture out onto a short narrow trail when we spotted sunlight. It was a good call, because the woods opened up onto a lake. Suki must have been feeling good, because the moment we walked up to the lake she went running out onto this log. 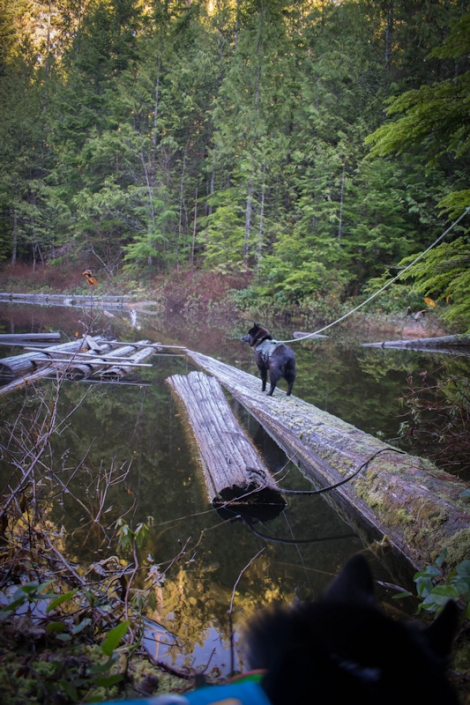 Then, not satisfied with just checking that log out, she tried to cross to the other, which rolled and sent her rolling into the water. Maybe it’s in my head, but I think you can see Roe’s shock in his stance. The whole experience only energized Suki though. Jordon reeled her into shore where she ran around like a lunatic, shaking off the water and rolling in the dirt.

She wasn’t wet at the skin, so we pressed on a bit further in our hunt. What the forest lacked in perfectly sized conifers it made up for in mushrooms. Including one that was so unusual I had to snap a photo of it. Once back at the car I decided to try to ID it, and discovered it wasn’t just any mushroom. It was something known as a cauliflower mushroom, which isn’t just edible but rare and sought after for its taste and texture. Like perfectly al dente egg noodles, which is also kind of what it looks like. I was I could say we picked it, but we didn’t. I spent most of the drive reading out website after website extolling the delights of the mushroom we had left in the woods and would probably never find again. We briefly contemplating turning around and hiking back out to get it, but decided not to because the sun was starting to go down and it was quite a ways out. 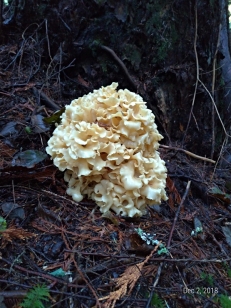 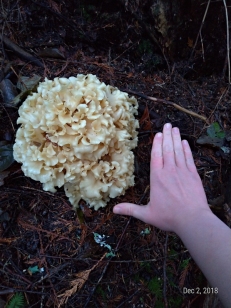 We then drove to one of the tree lots and spent a while perusing the pre-cut trees. We ended up choosing a fraser fir that was just ever so slightly wonky. There was another one there we almost picked, that was perfect looking in every way, but this wonky one wasn’t as big around and it’s more full on one side than the other. It works perfectly for our space though, because out heater is near where we put the tree so having the branches shorter on that side allows it to sit closer to the wall without risking a fire. Surprisingly it fit in the back of the car with the rear seats folded down. We even had some room for a few groceries that jordon ran in to pick up while I stayed with the dogs and tried to keep Roe from plucking all the needles off the tip of the tree. 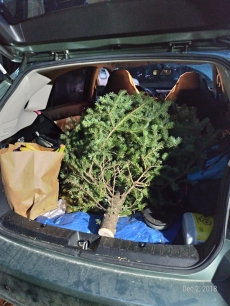 I had wondered how Roe would do with a tree. I half expected him to pull the tree down or jump up and yank the ornaments off one by one, but he’s actually been really good with it. Aside from occasionally plucking needles off and spitting them on the floor he’s mostly left it alone.

Then again, I opted not to hang candy canes this year. 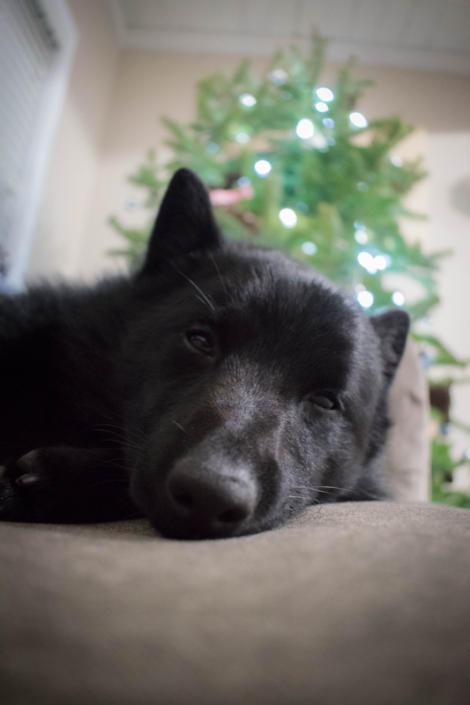 Most of the decorations are the same as last year, but one thing that’s new are these silver bells. I decided not to rush out and buy a bunch of ornaments, and instead I’m going to slowly collect some each year. I have a few DIY ideas. Although I am tempted to pick up a few more bells to add, maybe in a different colour. 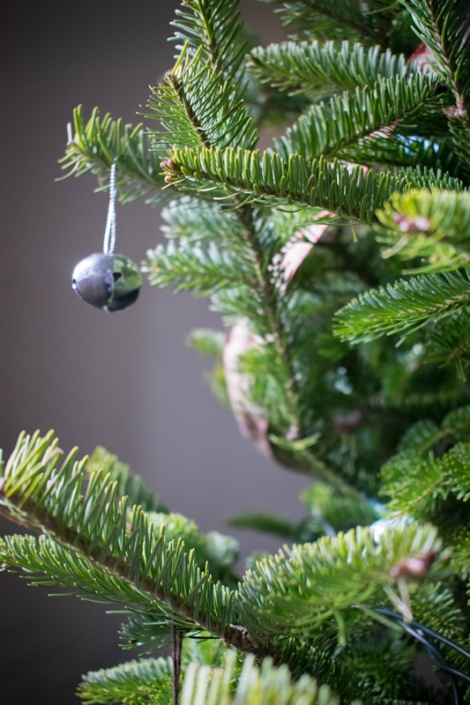 So far we haven’t had any snow, but that hasn’t stopped us from enjoying the usual Christmas things. So far December has included a lot of hot chocolate, thick soups, and we’ve even lit several fires in the fireplace. And of course the dogs are regularly donning winter-y, Christmas-y bandanas. 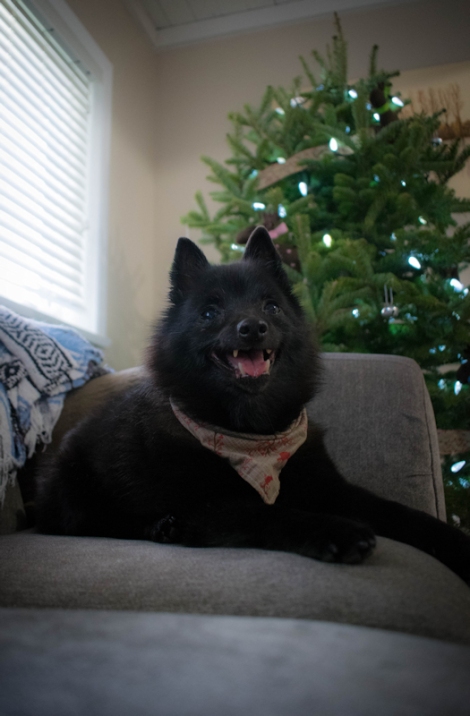 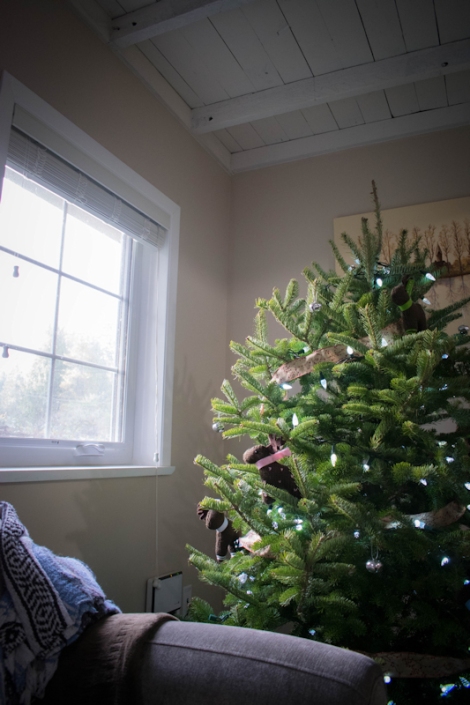 One response to “The Christmas Tree Hunt, 2018”