Brulot passed away earlier this month. I’ve been sitting here, staring at that sentence, unsure where to go from there. I guess that’s how loss works. 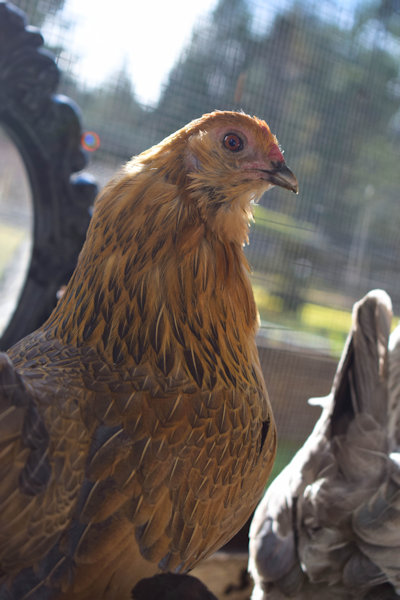 She was acting a bit off so I brought her inside to check her over, which is when I found a massive abscessed area hidden in the fluff on her abdomen. Her appetite wasn’t good, but I was able to feed her meal worms and her regular food wetted into a soft mash. We booked an appointment with the vet, and she was put on a long round of antibiotics. The abscess began to shrink and her appetite began to improve slightly. Then she developed sour crop, an overgrowth of candida bacteria in the crop, as a side-effect of the necessary prolonged antibiotics and her appetite disappeared again. I was able to quickly get that under control by dripping water with apple cider vinegar into her beak. ACV both creates an inhospitable living environment for the candida bacteria, plus introduces good bacteria that naturally combat bad bacteria. Her appetite wasn’t improving though and she had lost a lot of weight by this point. I was just about to put her down but decided to try tube feeding her a high calorie diet, first watered down cat food then a special Recovery diet. She started gaining weight, walking around, and even began pecking at the bowl of dry food I kept in her cage. I was so sure she was going to get better. I had plans to begin reintroducing her to the flock once she had reached a certain weight. Then she went to bed one night and didn’t wake up the next morning. I don’t know if she simply couldn’t recover from her illness or if there was something more going on internally, and the infection was just a side-effect. I opted not to do a necropsy.

She was the first of my little hen trio to start laying eggs here; a bright blue egg just a few days after moving in. Nearly as blue as the plastic training egg I had put in the box to show them where to lay their eggs.

She made the best derpy faces.

I found one of her feathers in the bottom of my egg basket the other day. Even though her ashes are home next to Crumble’s now I still expect to see her when I go outside, standing at the fence eagerly waiting to see if I’ve brought anything out for them. When I put the flock out in their pen I have to remind myself that I didn’t forget one. She made the flock dynamic interesting. It’s quieter and emptier without her there. It’s amazing how one little bird can fill so much space. Her space will forever stay empty. When Beignet calls for Brulot to sit with her while she lays an egg there will never be an answer. 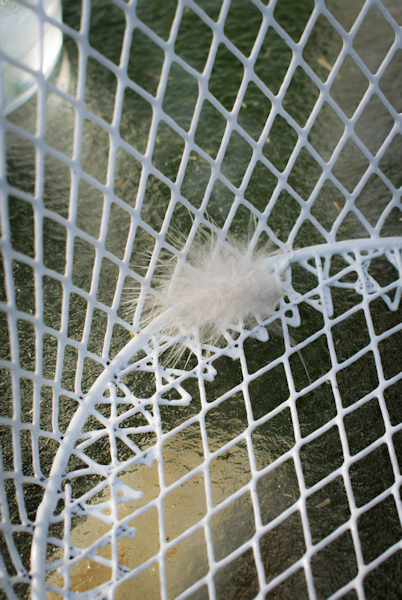 One response to “Sad News From the Coop”