Okay so doing a google search for giant swiss chard shows me this thing isn’t going to set any records, but it’s still pretty big. I have big hands and I still can’t span the width of the outer leaves.

I was given half a seedling pot-thingy of chard titled something like Rainbow Mix. I think they’re Rhubarb Chard, Fordhook Giant, and Canary Yellow but I can’t be 100% sure. All the available chard varieties seem to be open pollinated, and like all OP plants in my garden they just went nuts. They took over. I planted them randomly because I thought that chard needs to be pulled out after it’s been harvested. Turns out if you cut it at the base it will continue to grow. This chard was cut evenly just a few days ago.

Here’s one I cut a week and half ago. 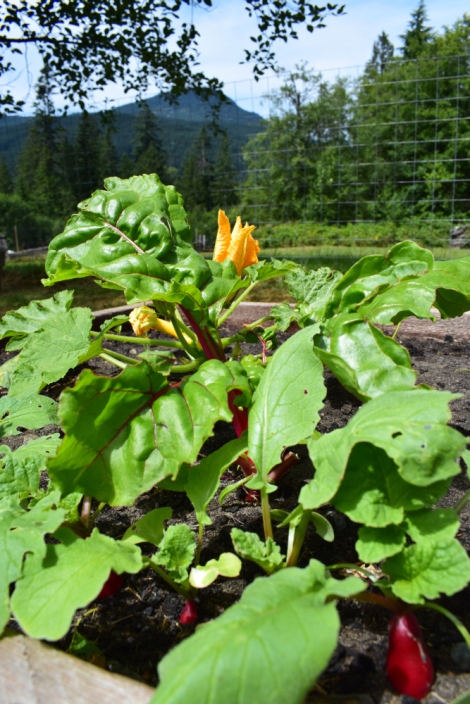 So now I have haphazardly planted chard scattered around my garden. Part of me thinks this is why they’re doing better than the plants that I carefully and artfully placed in the garden beds. The onions that I just sort of threw in wherever there was room seem to be following that trend.

I had been meaning to harvest this chard, but then one day I went out and it’s like it had doubled in size overnight. I cut a few of the outer leaves to saute with onion and entirely too much butter and garlic, but I left the majority of the plant in the dirt. At this point I’m half tempted to leave it alone just to see how big it can get. 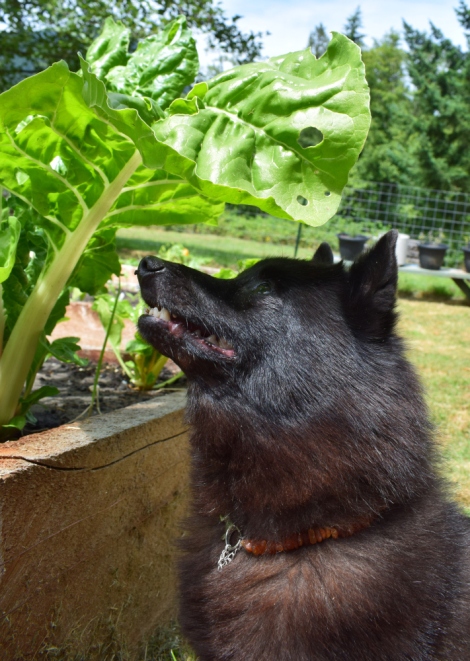