I have colourful eggs! 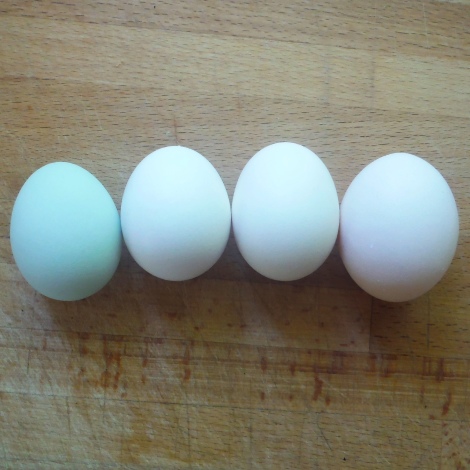 Since the day I brought her home Suki has always had a special affection for sheep toys.

The new girls are beginning to fit in. They are warming up to me a little more each day.

The gold Easter Egger is not always the most photogenic though.

Sel gave me a scolding for giving so much attention to the newbies. She’s the only one that demands pets. 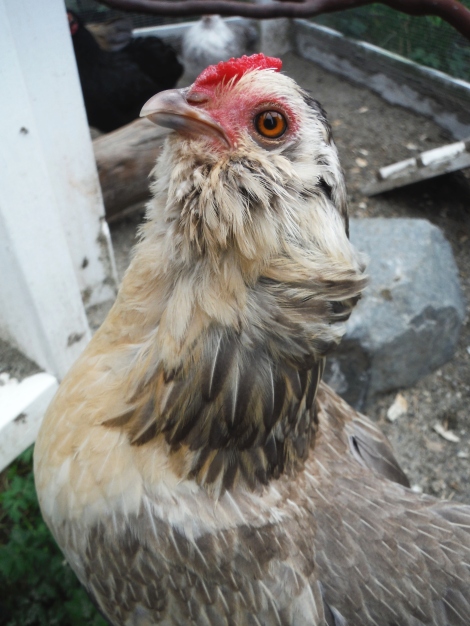 Don’t think Sel is perfect though. Zeste had some food stuck in her beard, so Sel lovingly cleaned her up… By plucking the dirty feathers out. Beardless Zeste is a bit terrifying.

I have been giving her extra protein though and it’s growing back. 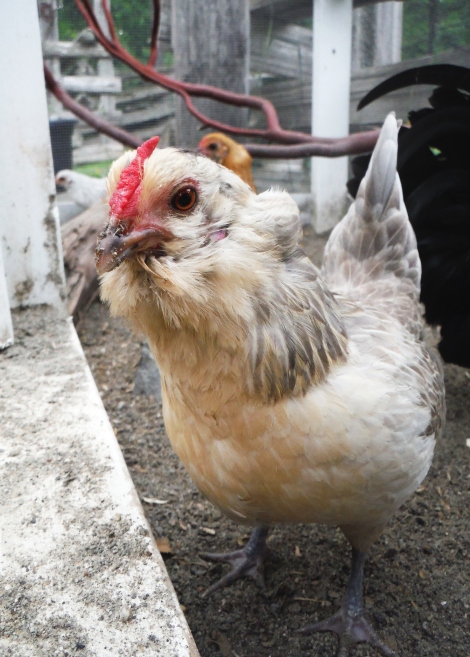 Zeste is the #1 terrorizer of the pullets. What she doesn’t realize is that the pullets will mature out bigger than she is. I think the gold pullet is starting to figure that out though.

We spent some time at the beach. 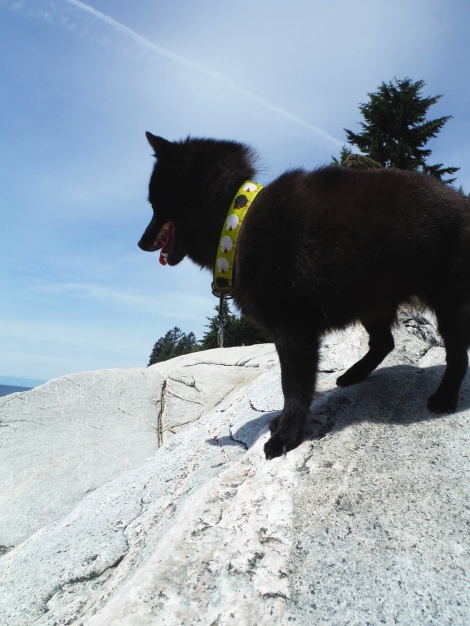 And in the forest.

Probably the most disgusting chicken picture I’ll ever show you. A lot of chickens wont eat slugs, but both Zeste and Sel do. They will even get into tug-o-war matches over them, which was the case in this picture. Zeste promptly began nearly choking on her half (I seriously thought I was going to have to run and get tweezers to pull it out!). Here’s Sel with her prize clamped firmly in her beak. She wasn’t going to share with any of the other hens, who didn’t want it anyway. 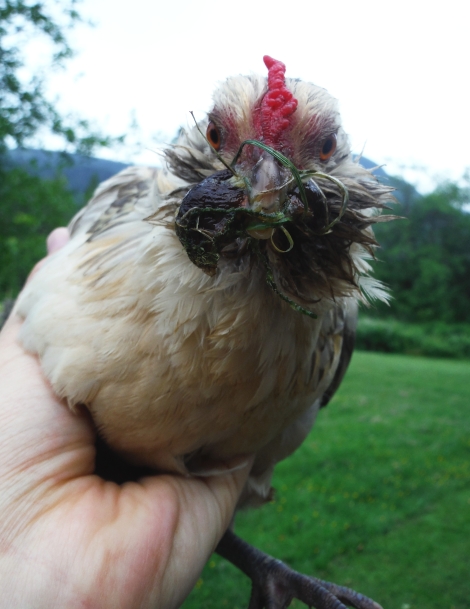 The flock dynamic is still a bit tense, but overall they are really beginning to get along.

We haven’t been to this walking trail in a while, and during that time it’s become a bit overgrown. 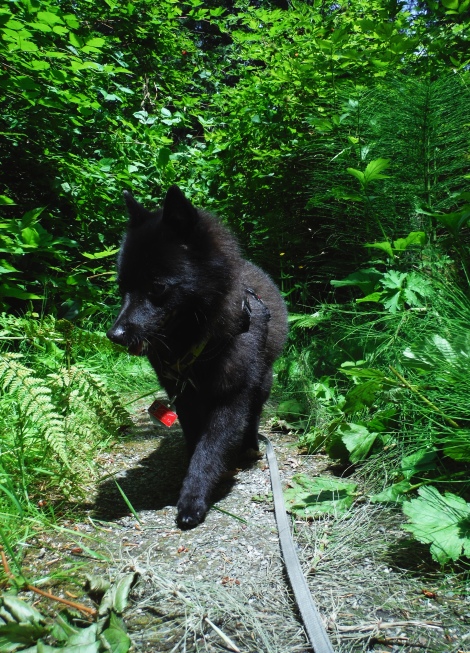 When Roe wants me to move faster, he grabs his leash. Sometimes he'll grab any nearby leash, leading to him walking another dog.
The majority of the photos I still have to upload are from Christmas day. We stayed at an inn at this tiny little town outside Golden. We were originally going to walk the dogs around town in the morning, but because we'd already done that the night before we decided to try the road leading out of town instead. Best decision ever. We ended up walking twice as long as we'd planned because the dogs were having so much fun exploring in the fresh mountain air.
Our greatest adventures are the ones that wake up next to us each morning. Truthfully, I'm not doing well. I will be, but right now each new day is harder than the last. Until now I hadn't been away from Suki for more than three days, and I'm struggling with the thought that every day from now on will be the new longest. I promised Suki that we'd be okay though, so I'm taking it day by day.
%d bloggers like this: