We went for a walk in the woods. 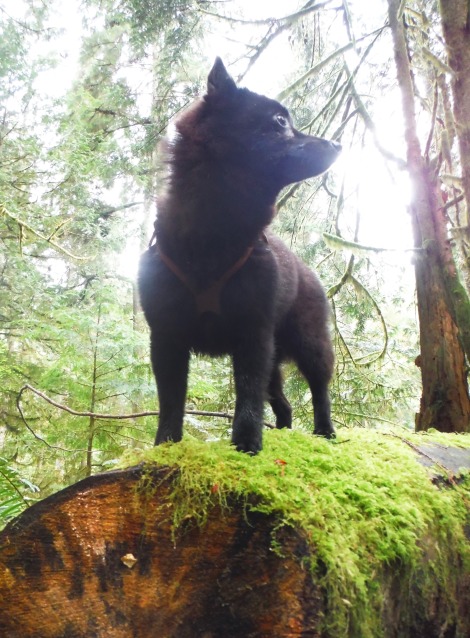 At one point Suki decided to climb a log to get a better view. 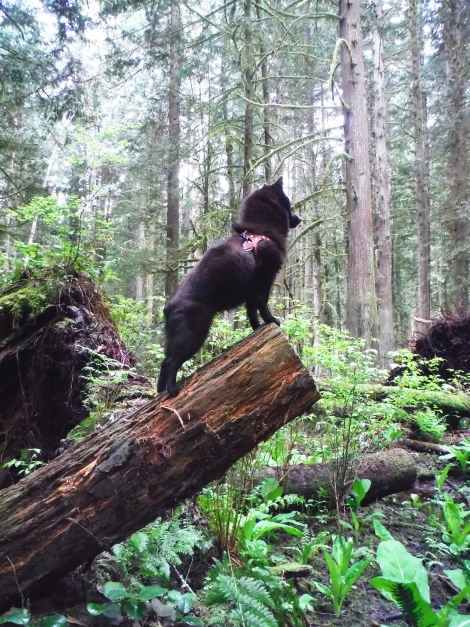 Then she stuck her head into a cobweb filled stump, followed by digging a hole and getting dirt all over her face. 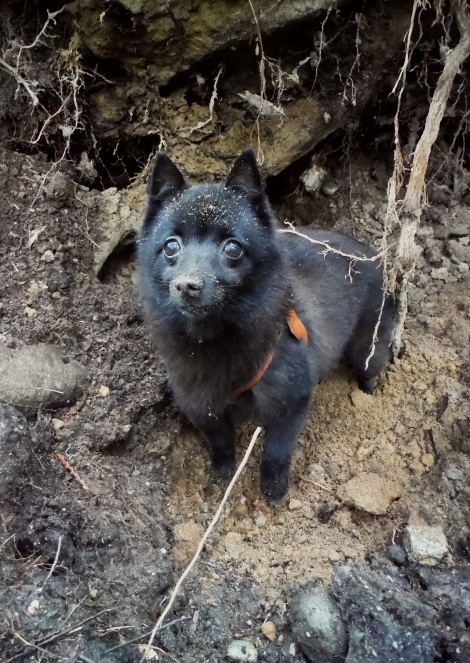 With the nicer days, we’ve been gravitating back towards the beach again. 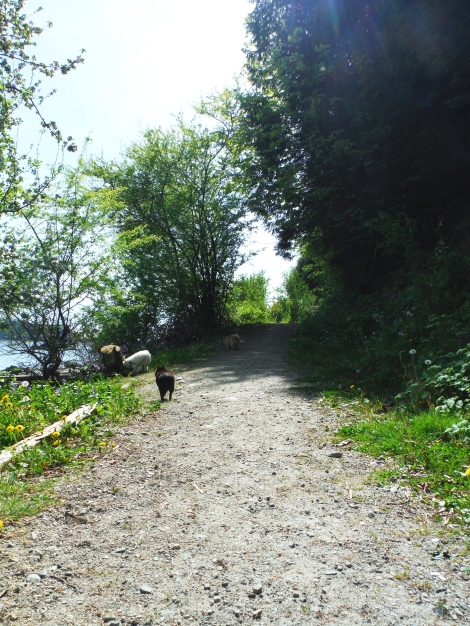 Suki even stuck her face in the water.

Then proceeded to roll around in the sand to dry off. She was very pleased with herself. 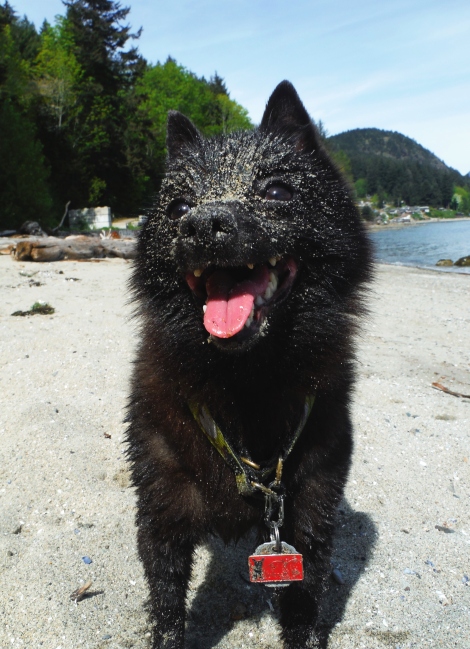 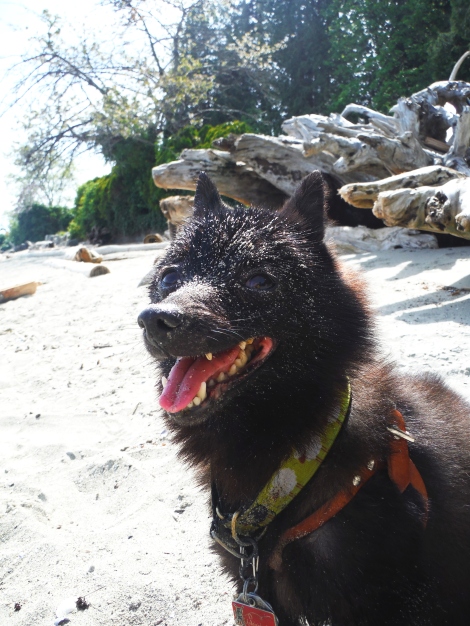 We also found an oyster on the beach. A quick way to check if there’s an oyster in the shell is to let Suki sniff it, and if there’s anything in there she’ll try to nom it. 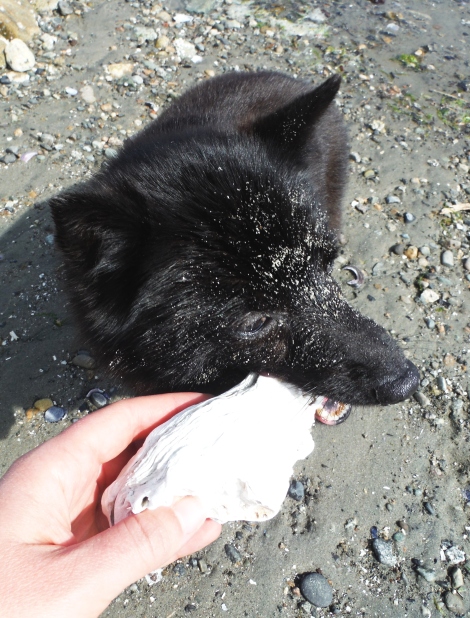 I tried to recreate one of Gueuze’s photos from this time last year. The moment I set him in the tree though he just wanted to crow.

Aaaand then he heard one of the nearby roosters crow and couldn’t resist yelling back.

Suki found half a remote control while out on a walk. Recognizing that is was not supposed to be there, she first barked at it for a bit, swatted it a few times with her paws (once she had worked up the courage to approach it), then confident that she had conquered it she picked it up and carried it all the way home. She was very proud of herself, she had a definite prance to her gait and she carried her head very high while holding her prize. I had to get a few pictures of her taking a bite out of littering before throwing it away. 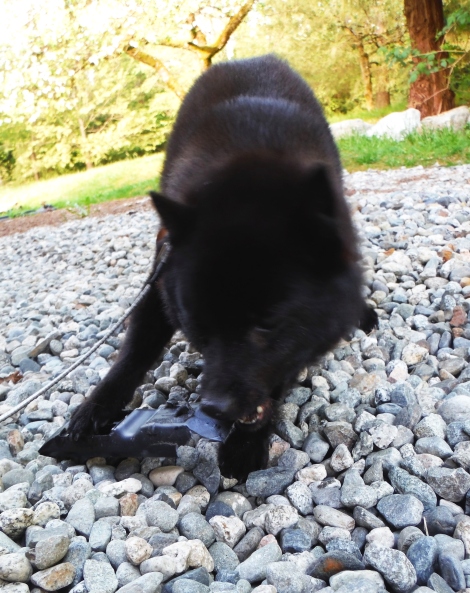 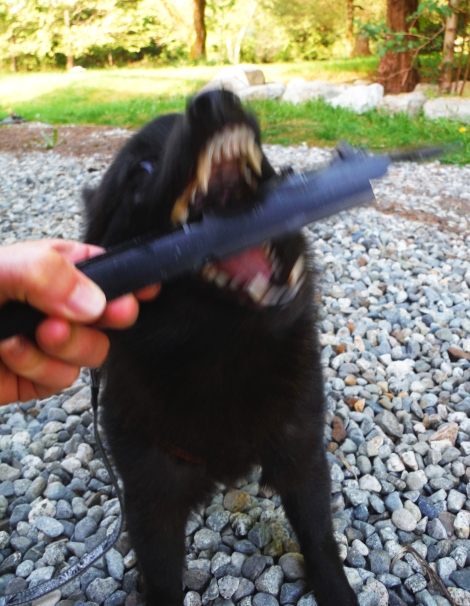 And last, but not least, we hiked up to the Skookumchuk rapids. 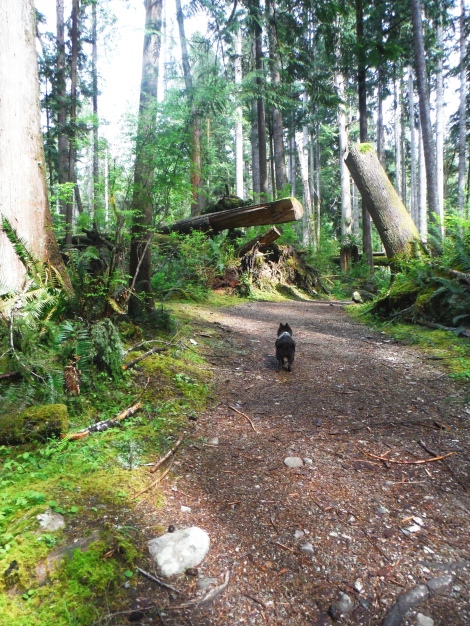 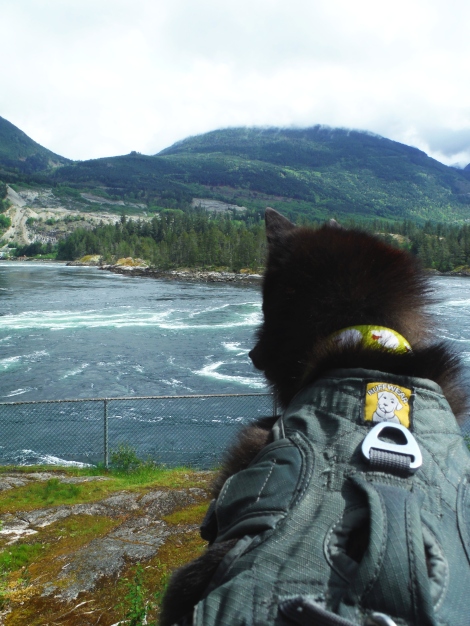 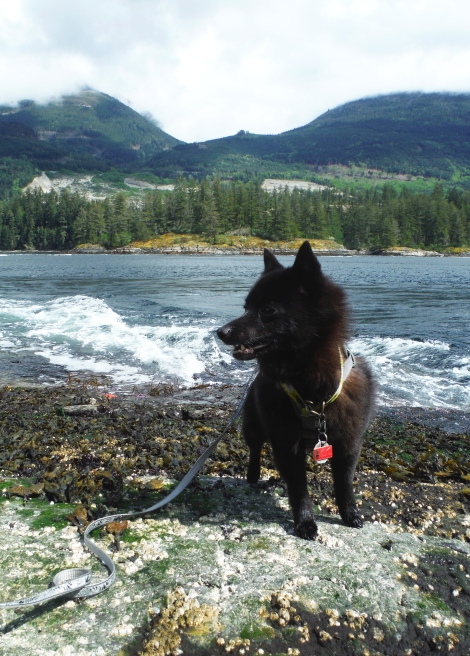 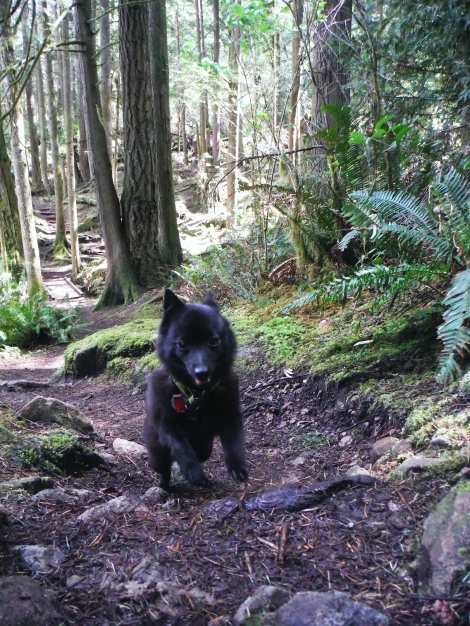 The face of a dog who enjoyed her hike.