The lighting is terrible, but Suki is just so cute! I decided to try her boots on her front paws for a light hike.

She hasn’t worn boots on all four paws for quite a while. It took a bit for her to figure her legs out again.

J was nervously hovering nearby while Suki was climbing on a tall tree. She’s definitely less steady with these boots on though, so that was probably a good thing. She still gave him side-eye for helicoptering.

She still appreciated him picking her up though.

Suki has no appreciation for old stairs. “I posed for a picture, now give me the treat” she says.

She would much rather trot along the beach. 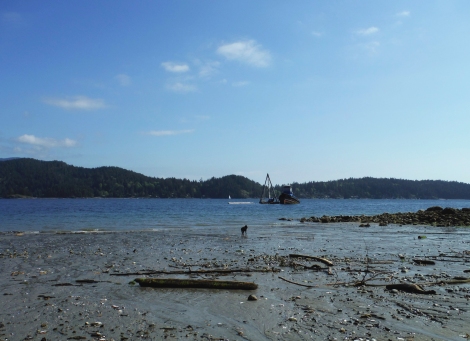 We found this fallen tree, which had been choked out by the invasive English ivy wrapped around the trunk. Seriously, don’t plant this stuff. 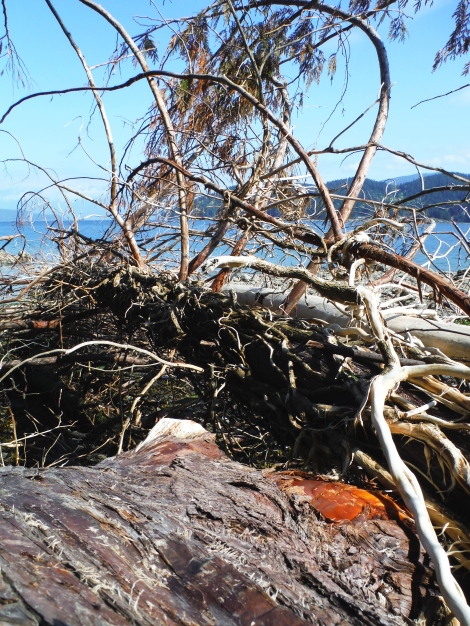 There are also tons of flowers sprouting up everywhere.

When I got Roe a lot of people thought he was for now. But really he was because I was ready to have two dogs and because I thought Suki would enjoy and benefit from having another dog in the house. And man, they were the pair. Opposite ends of the size standard, and somehow opposite personalities but in the same kind of way if that makes any sense. They each brought their own flair to the quintessential Schipperke. They really were perfect together.
Sorry if it's a little jarring to see her. I still have a lot of photos from December I hadn't shared yet. At first I wanted to just upload everything at once, but after giving it a few days I wasn't in a hurry to get them posted. I'm going to try to have caught up to current times by the end of January or the beginning of February, but until then Suki's still going to feature in my feed and I'd like to reminisce a little.
The goodest boy. I tend to affectionately say bad things about him (I did it with Suki too). I like the crazy dogs. But it often comes across as selling him short, and he really is an amazing dog.
%d bloggers like this: