Suki is, on average, a very good dog. She quiets her bark when she’s indoors, she mostly comes when called, and she doesn’t jump all over people. She definitely still has her own opinion on things though! I love this photo because you can see the underlying attitude. She was following a scent when I called her, and I snapped the camera at the exact moment she gave me a dirty look for interrupting her. 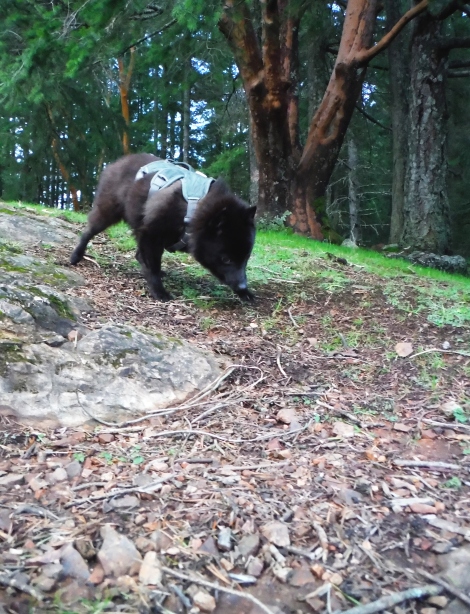 It’s similar to the face she makes when she’s trying to take a post-hike nap but the dog three cars over won’t stop barking. 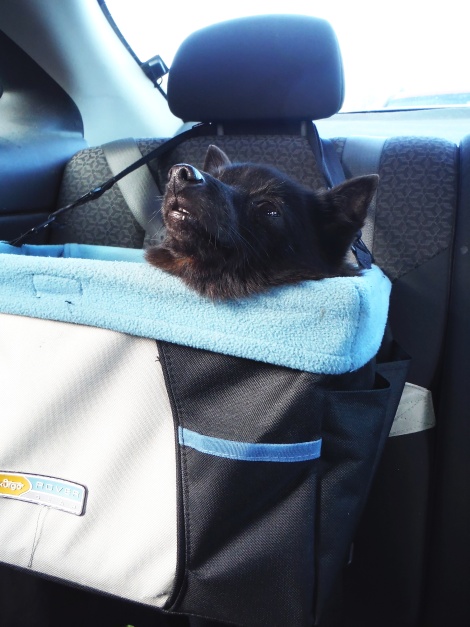 The rain can be a bit of a drag, but at the end of the day I doubt I’ll ever get tired of living in a rainforest. 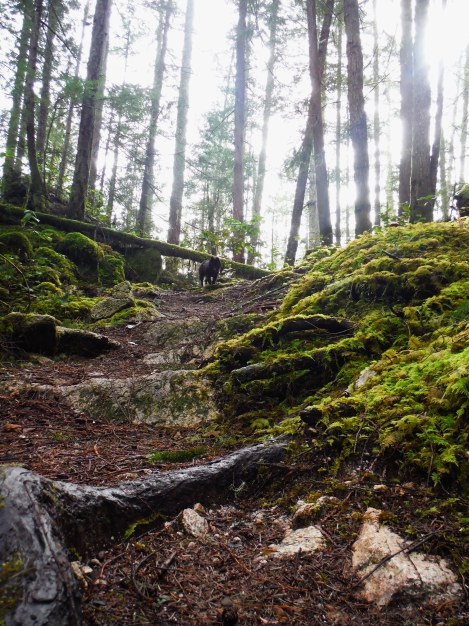 We hiked up to a waterfall, which was rushing super fast thanks to the spring rains. Suki’s wasn’t really sure what think of it. She was excited, but she wasn’t a big fan of the loud crashing noises. We couldn’t get close because of the river so the falls look very tiny in my photos, but they’re actually about 40 feet. 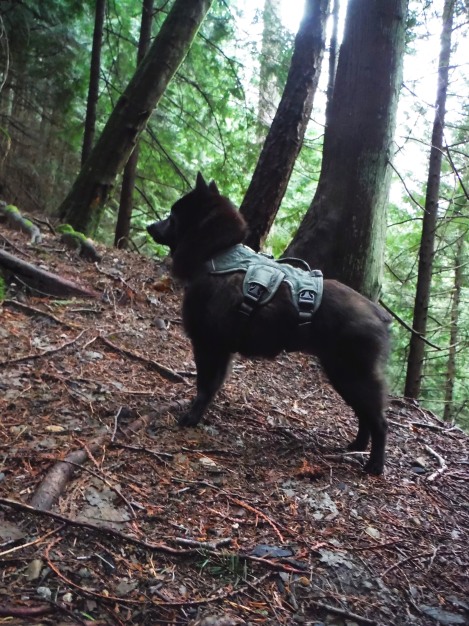 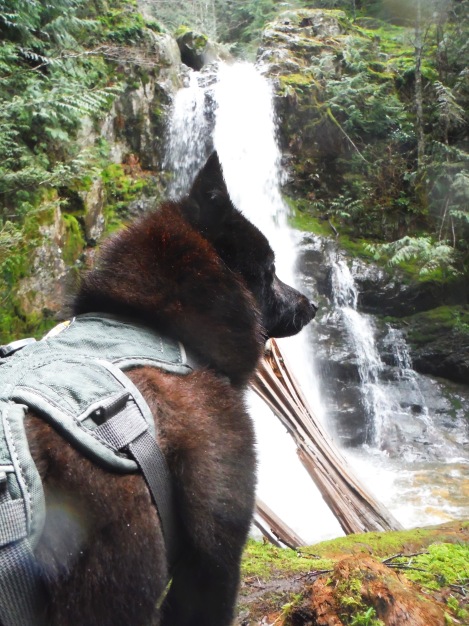 J always tells people Suki has own backpack for hikes. It’s technically true, she does have a backpack, it’s just that she hasn’t worn it in over a year. I decided to stop making him a liar and brought it out for a test run. 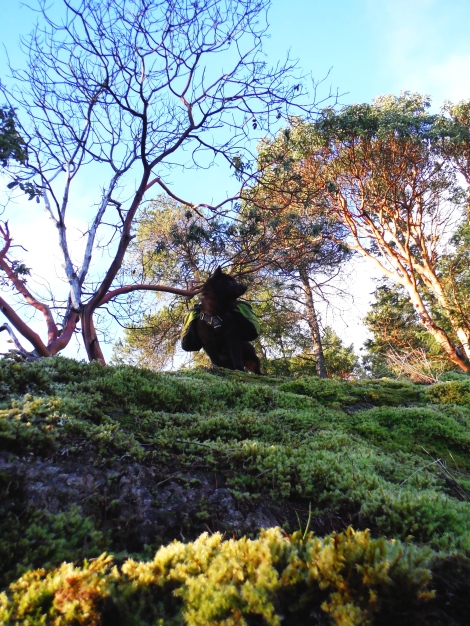 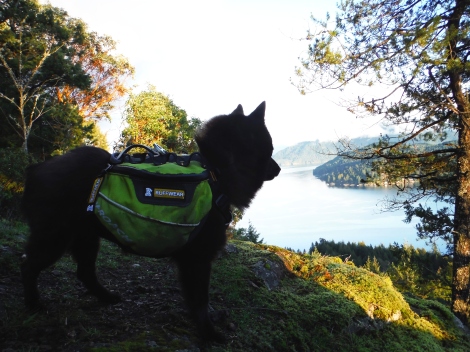 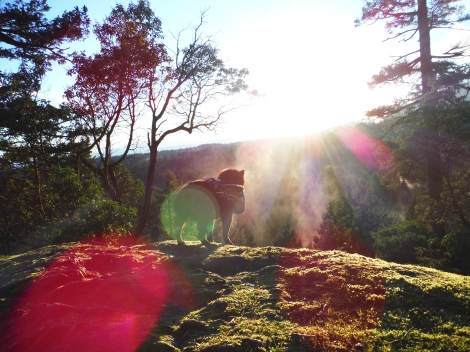 She seemed to like wearing it, so her backpack might make a few more appearances in the future. 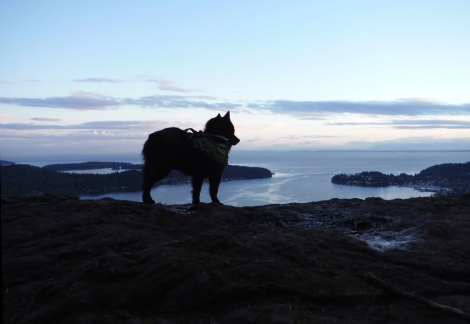 When I got Roe a lot of people thought he was for now. But really he was because I was ready to have two dogs and because I thought Suki would enjoy and benefit from having another dog in the house. And man, they were the pair. Opposite ends of the size standard, and somehow opposite personalities but in the same kind of way if that makes any sense. They each brought their own flair to the quintessential Schipperke. They really were perfect together.
Sorry if it's a little jarring to see her. I still have a lot of photos from December I hadn't shared yet. At first I wanted to just upload everything at once, but after giving it a few days I wasn't in a hurry to get them posted. I'm going to try to have caught up to current times by the end of January or the beginning of February, but until then Suki's still going to feature in my feed and I'd like to reminisce a little.
The goodest boy. I tend to affectionately say bad things about him (I did it with Suki too). I like the crazy dogs. But it often comes across as selling him short, and he really is an amazing dog.
%d bloggers like this: