Suki actually went into the water of her own volition.

We discovered a new trail on the other side of the river.

After the trail Suki got to dig more holes on the beach, which is one of her biggest joys in life.

I was hoping the cockerels would be able to live together for at least a few weeks more. It’s not uncommon for roosters who grow up together to be able to coexist indefinitely, and at the least they should be okay until around 6 months. As long as no blood is drawn I let them have their scuffles, but these two are set to vie to death for top position in the pecking order. I saw them fighting, and went out to find both their faces bloodied. I managed to grab them by their hackle feathers, and rather than try to pull free they continued to try and pull towards each other to continue their fight. Yup, definitely time to separate them.

The third cockerel is making me question my no roosters policy. He’s definitely not the prettiest of the three males, but it’s his eyes. It’s hard to describe, but my other roosters’ eyes lack a depth of intelligence; like they’re running on little more than testosterone-fueled instinct. This guy has soft eyes, and so far his temperament matches them.

I’m not going to hold out too much hope of him keeping his sweet temperament, as he could just be a late bloomer. In fact that’s far more likely. As of right now though he’s the only one that hasn’t bitten me. He’ll even shuffle up to rest in the palm of my hand and tilt his head to the side with his eyes half closed. As a little chick he would stare up at me like that when I would talk to them.

On Sunday we woke up to find everything coloured orange and covered in ash from the forest fire outside of Sechelt. 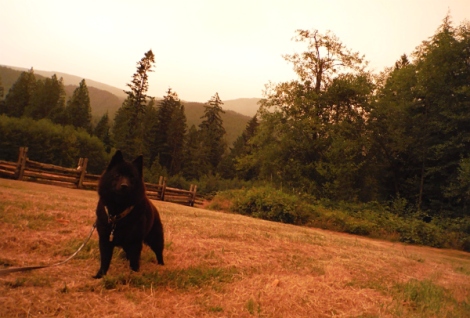 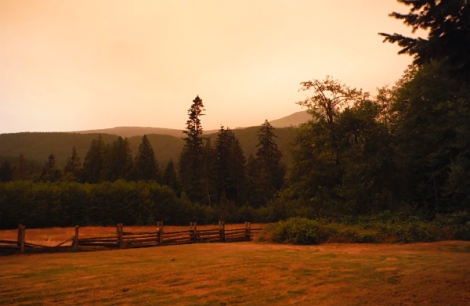 By midday most of the orange had disappeared, but the mountain was almost completely shrouded in thick smoke.

Hopefully they can get it under control before it reaches any of the towns. If anyone needs me I’ll be outside doing a rain dance. 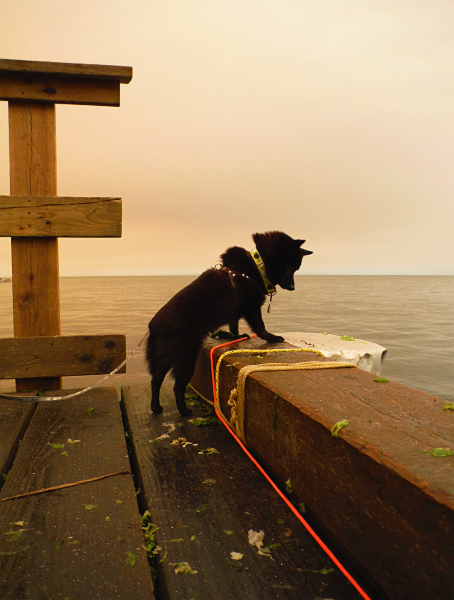