I’m so sorry, it completely slipped my mind that I didn’t have this post set to go! I’ve written in the past about my rooster troubles, and while it seemed to be going better for a while he has now gone completely insane. We can’t go outside without him stalking us around the fence perimeter and territorially crowing nonstop until we go back in the house. I can’t let them out of the coop in the morning without being attacked, and he’s even managed to draw blood through my heavy jeans. Yesterday he flew up and went for my face, so his aggression is rapidly escalating to potentially dangerous levels. I’ve been a bit preoccupied by the realization that I am going to have to put him down soon.

On a brighter note, I took a few nice pictures of Suki. 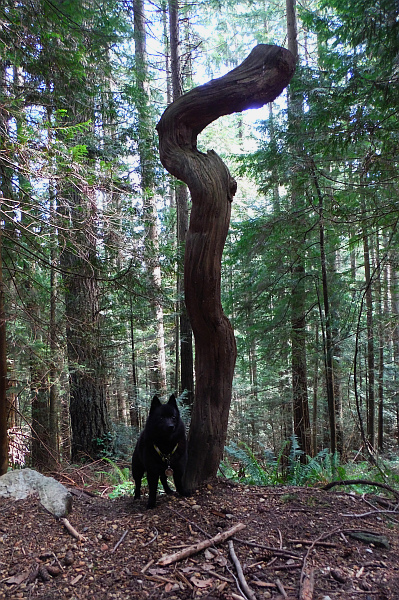 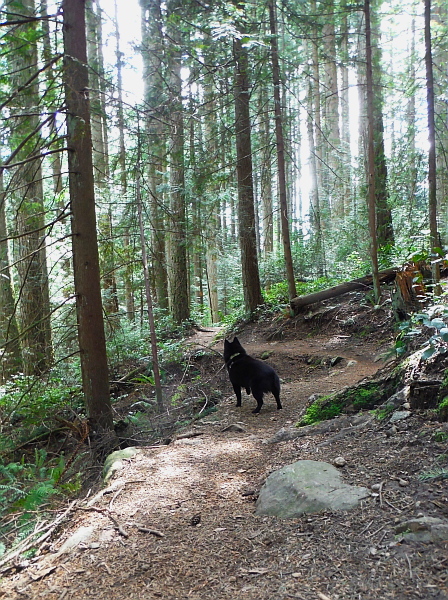 Zeste was being a stubborn broody, so she got her first cold water dunk. She was not impressed. Broodies have an increased body temperature, so the best way to snap them out of it is to lower their temperature back to normal. Some people consider the cold water method cruel and prefer to use a wire-bottomed cage so air can flow underneath and cool them. That can take days of sitting on wire in isolation though, and personally while shocking to the hen I’d much prefer to get it over and done with quickly. She really did not seem traumatized by it. A bit shocked, and definitely indignant, but not distressed.

The tiniest chick learned a hard lesson when it attempted to oblige Zeste in a round of fisticuffs through the fence. By trying to peck Zeste through the fence the chick placed itself close enough that Zeste was able to get her beak around its face, scratching its eyelid and beak. 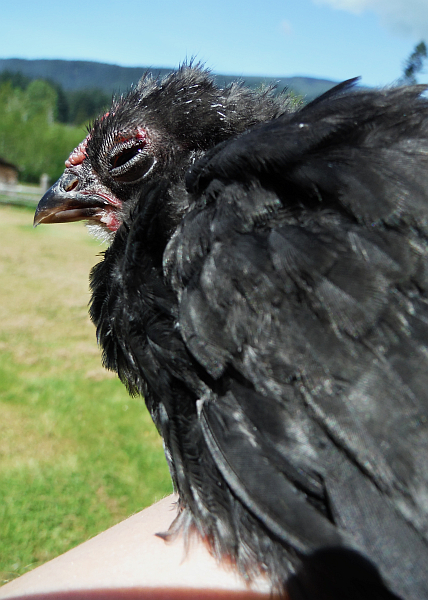 After being bit the chick turned and jumped into my arms to sulk. Thankfully the damage was actually very minimal, and the only thing truly hurt was the chick’s pride. It hasn’t engaged in a fence-fight since, so I guess the lesson was learned.

The funny thing is that Zeste was quite a bit like this chick when she was younger. 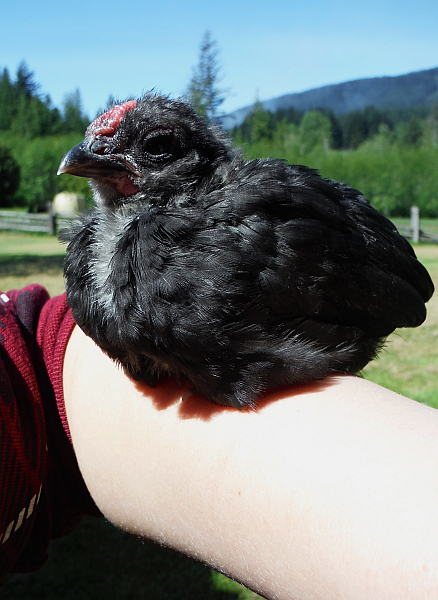