This year I ordered most of my seeds from Baker Creek Heirloom. They have so many cool varieties available. I already have radish sprouts, kale, spinach, and does anyone remember that tiny little broccoli sprout in the snow? It survived the winter and here it is now.

My kitchen table has been turned into a plant starting station. I’m not sure I’ll be able to handle giving up my table for long, but for now it’s working. I keep a small watering can filled so I always have room temperature water for the delicate seeds and sprouts. Also my kettle, which lives on the kitchen table year-round. 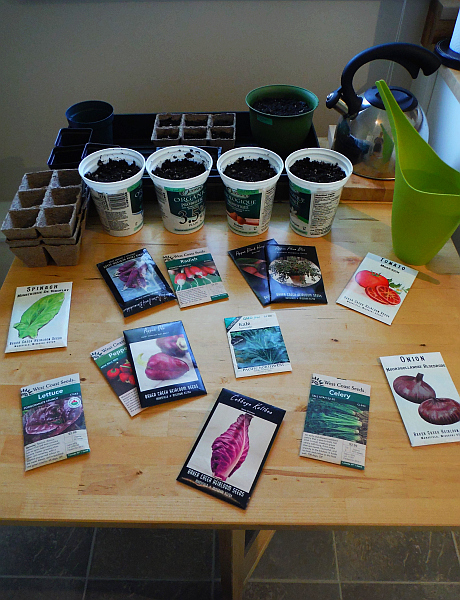 I’m late getting peas in the ground. I decided to take a risk and wait for the peas I’ve been pining for since last year, the Desiree Dwarf Blauwschokkers. When I saw them I knew I had to grow them. Whenever possible I try to grow plant varieties that Suki’s ancestors would have been likely to nosh on (Belgian, Dutch, French, and occasionally German varieties). It’s fun, those varieties are generally well suited to the climate here, and it keeps me from overloading myself with every awesome plant I see. The Dwarf Blauwschokkers doesn’t need to be staked or trellised, making it perfect for my container garden; it’s Dutch, meaning there’s a good chance it would have been Schipperke food; and, the thing that drew my eye to it first, the pods are purple. Purple Dutch dwarf pea plants? Uh, yes please. 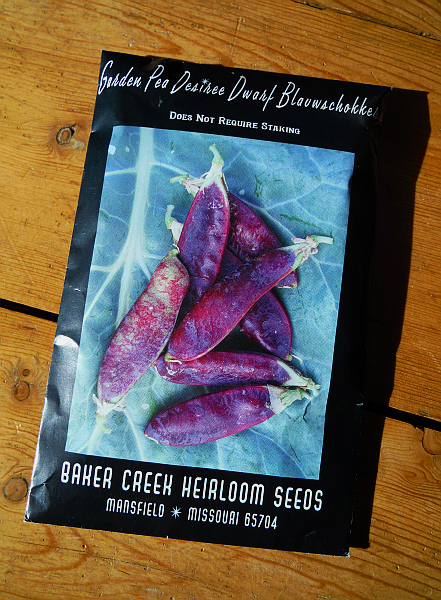 And speaking of ludicrous legumes, I also have Dragon Tongue beans. Last year the Tendergreen beans I grew did really well, but I found I was humming and hawing over when exactly to pick them. Were they getting overripe? Could I let them go a bit longer? That doesn’t happen with this variety, because when they’re ready to be picked they turn from green to yellow with bright purple stripes. Like the Blauwschokkers peas, these happen to be Dutch. Apparently the Dutch love purple? 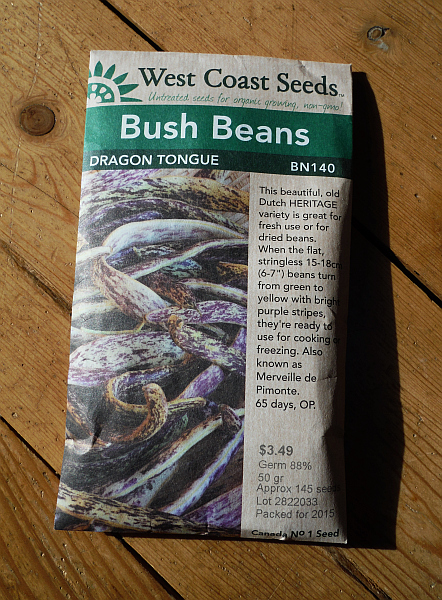 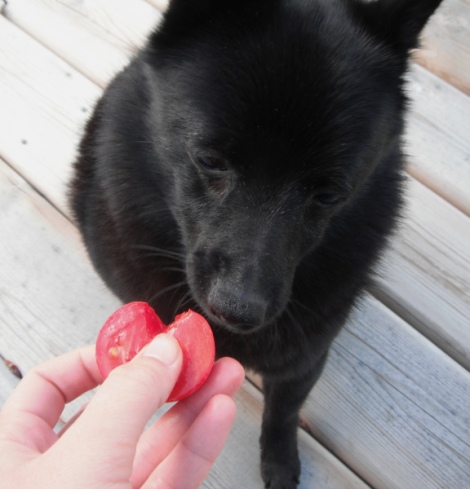 This year I ordered the Moskvich tomato, a variety from Russia that will hopefully hold up better to our short growing season and cooler temperatures. It’s also semi-determinate, so while not a compact determinate bush plant it should stay shorter than a full indeterminate vining variety. If not, then I guess I’ll just be vining tomatoes over the side of the deck. According to Baker Creek indeterminate tomatoes tend to have better flavour. 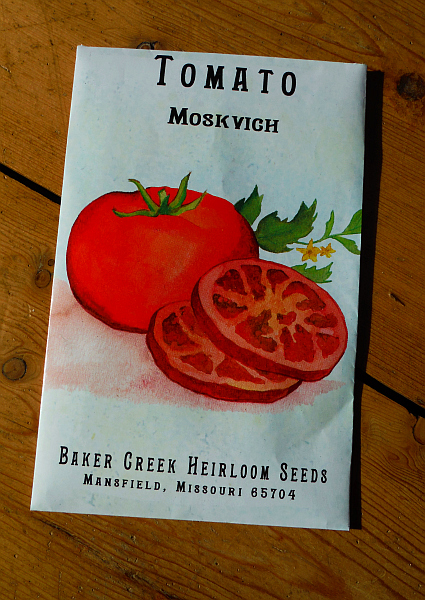 When I decided to order two types of carrots I didn’t know carrots can be difficult to germinate, and now I’m feeling a little guilty for buying the Pusa Asita black carrots. The packet specifically requests that you try to produce seeds from the plants you grow, “because it is rare and precious.” They even wrote that as the descriptor on the front for good measure. That’s a lot to take on for a carrot newbie! I’m going to try my best though. I’m raising some in the house to hopefully protect them from cross pollination. The Parisienne carrots I ordered are adorable, tiny, round carrots that were originally grown in window boxes. Which is what I think I’ll do with them this winter.

As usual, my pepper plant addiction got the best of me. In addition to the adorable little Mini Red Bell peppers I grew last year, I also ordered Oda peppers, Black Hungarian peppers, and Filius Blue peppers. Two sweet peppers and two hot peppers. That’s just a fraction of what I wanted to order, but J talked me down. I have a problem. I don’t even like eating peppers very much but I want to grow them all. I think pepper plants make beautiful ornamentals that also happen to grow food. For three years I managed to keep a jalapeno hybrid in the house, but like all my hybrid plants it was always sickly and it ended up succumbing to a spider mite infestation despite all my attempts to save it. I’m hoping the Filius Blue will be more hardy and can replace the hybrid pepper as my indoor plant. 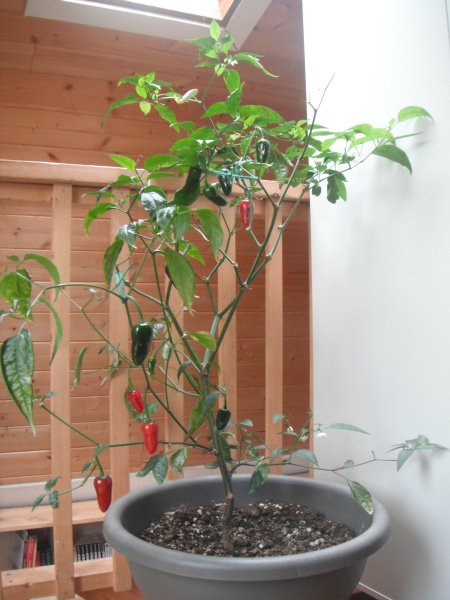 My free seed gift was a packet of sunflower seeds. It turns out that was a very fitting choice on Baker Creek’s part, as I later learned International Sunflower Guerrilla Gardening Day was started in… You probably guessed it… Belgium! I can’t help but smile at the coincidence. 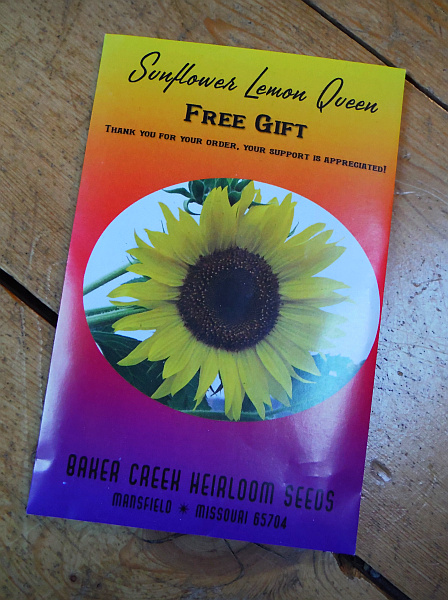 Those are just some of my favourites this year, but I should have more to write about as everything begins to grow.