So this week has been hectic. Thanks to fitting into a certain age bracket and traveling back from a state where a certain plant was recently legalized for recreational use, we were harassed pretty harshly by the super grouchy guy at the border. He just did not understand taking the US detour to avoid driving through the Coquihalla and without even properly talking to us immediately sent us into the office for interrogation. The officer inside the building was nice and just doing her job, and ended up sending us on our way with nothing more than a few questions and going through J’s phone, but oh man the guy at the booth was a piece of work. Pardon my language, but to be completely blunt he was a giant asshole. Apparently that stereotypical Canadian politeness does not apply when it’s a Canuck-on-Canuck conversation. Then we got home to discover that the fridge had stopped working sometime while we were gone, rendering almost everything in it (including two whole sockeye) unsafe to eat. So instead of unpacking and relaxing we spent our first night home going through the contents of the fridge/freezer and cleaning up all the liquid that had leaked as the meat thawed. After that we’ve just been unpacking, doing all the laundry from the trip, and trying to get back into our routine.

On a more positive note, I picked up the Fujifilm XP70 while we were in Edmonton so the photos should return to their regular quality soon. This isn’t the best photo by a long shot, but I feel like it needs to be posted because it’s the very first photo taken on the camera. 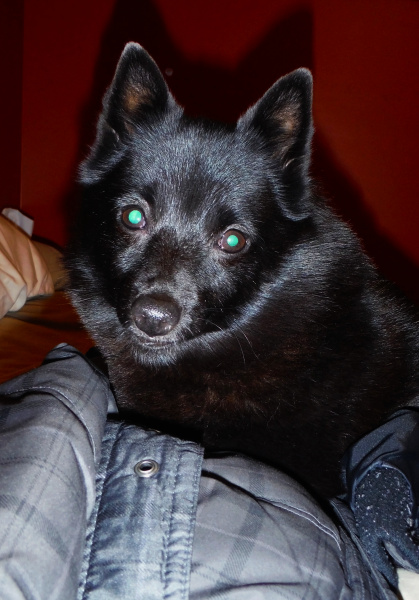 I’m still figuring everything out, but I am pretty pleased with it. Here’s what a snapshot taken at night under the horrible lights of the ferry’s car deck looks like. So much brighter than my old camera. 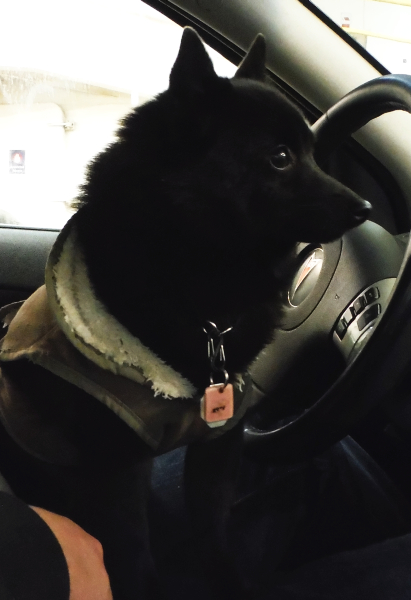 A photo from J showing some of the odd ways Suki is comfortable hanging out. I won’t even pretend to be sleeping in this photo, I was just freezing and probably complaining about douchenozzle border guards and dumb ferry rules that restrict dogs from the warm and comfortable passenger deck.

And one nicer photo of mountains right outside the border crossing between B.C. and Idaho. I love snow-laden conifers; to me that’s the epitome of a picturesque winter and I’m hoping to get another chance to take more photos like this one.

2015 came rushing in like a torrential storm, so here’s hoping we got everything bad over right at the start and that it will be a great year.

2 responses to “A Week of Photos”