Normally I dehydrate Suki’s food for trips, but because a dehydrator isn’t exactly a staple in everyone’s kitchen I decided to try something different this time.

Plus because I already store her food in freezer containers, one container per day, packing them into a cooler right before we leave just simplifies one more thing on my travel to-do list. 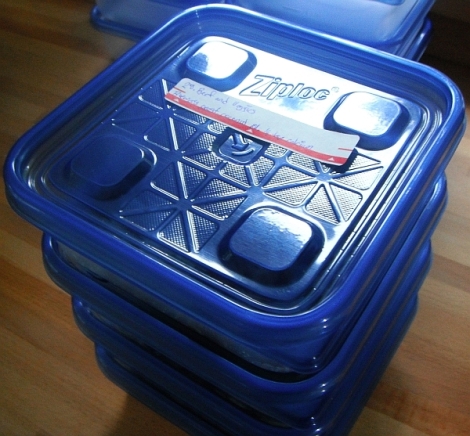 I’m not overly worried about the food thawing because it’s the middle of December and it’s only a two day trip. If we were driving for several days during the summer I wouldn’t store meat like this. However, as a test run I filled the cooler with twenty frozen water bottles and left it in the trunk for two days (or possibly three. I forgot to write down when I put them in). The outside temperature fluctuated between 5°C (41°F) and 15°C (59°F), so quite a bit warmer than the temperatures we’ll get on the trip. They were roughly half thawed, which is a bit more than I would have liked, but the cooler was still cold enough that I was satisfied with the results.

Plus the cooler will be quite a bit more full during the trip, which should help keep everything colder. I plan to line the back of the cooler with the food, then filled the rest of it with frozen water bottles. 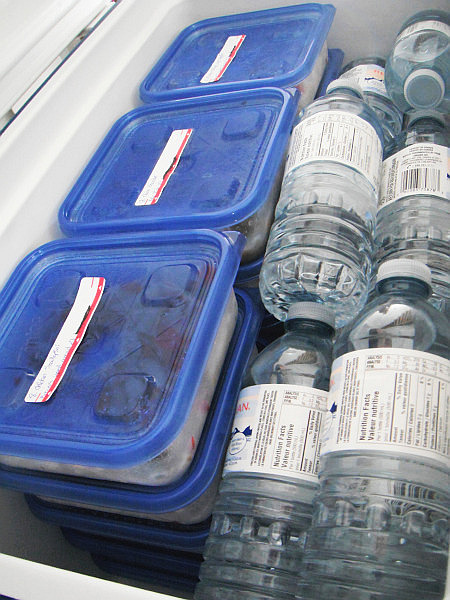 The less a cooler is opened the better. When we’re going to be out all day I pack Suki’s food into our soft-sided cooler with an ice pack and it stays fridge-cold until we get home, so I’ll be packing her food for the drive in that so I won’t need to open the large cooler at all.

I still haven’t figured out an easier way to feed Suki in the car though.