While playing with Suki at night I heard one of the worst noises: The screech of what sounded a lot like a tiny chicken in distress. I yelled for J to knock on the window adjacent to the coop, grabbed the flashlight, and in an uncharacteristic display of bravery ran outside to rescue them. As I rounded the corner, flashlight gripped determinedly in my hands, I was met with a loud “WHHOOOOOOO!!!” that sent me running back into the house. I have no idea what it was. J thought it was a coyote. I thought it was a frat boy. Hellbent on checking on my birds, we redoubled our efforts (aka J armed himself with a kitchen knife) and went back outside fearing the worst.

There they were, safely perched in a row and looking rather unconcerned that there might be a wild frat boy-coyote-thing wandering around. My best guess is that the screeching I thought was from the chickens was actually an owl out hunting. I have no idea what else could make both those noises, and based on the chickens’ calm behaviour when I looked in the coop the screeching hadn’t come from them. 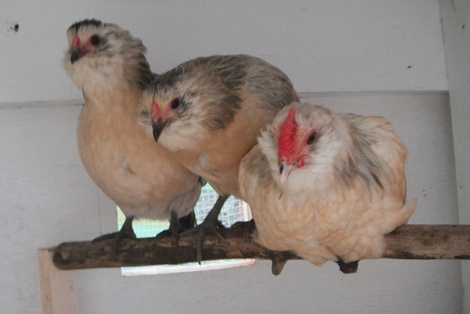 Pets supposedly help you live longer, and pastured eggs are supposed to be better for you (and thus can increase your lifespan), but I think the stress of making sure these guys make it through life unscathed might negate those benefits. They’re cute and entertaining though, so they have that going for them. 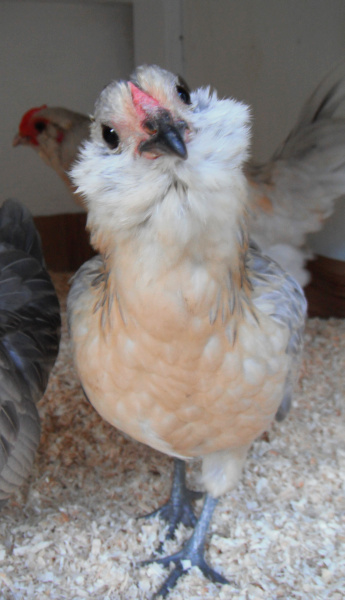 2 responses to “Well That’s Enough Excitement For the Week”