It’s weird to think we’ve had chickens in the house for a month now (we drove out to pick them up June 5th). Dusty, noisy chickens that have thrown their chick fluff all over the loft. Every day it’s like a dollhouse feather pillow has exploded and I’ve lost track of how much I’ve vacuumed upstairs. I’m conflicted between wanting my house free of them and not wanting them to ever leave. They’ve realized I dish out the food, so any time they want something they’ll scream at the top of their lungs until I bring it to them. The breed can also be called Antwerp (Anvers is just the French name for Antwerp), and so I’ve taken to calling the three of them The ‘Twerps. They’re so comical and fun to watch, I am completely sold on the Belgian bantams and may add a few of the other breeds eventually. I definitely want one or two Barbu de Grubbe, which are basically a tailless d’Anvers, but those are extremely rare and hard to find in North America.

This week I took the trio outside for the first time, and as far as I could tell they had a blast scratching around in the dirt. The standards were awful about it though, and Lucy even tried to peck the chicks through the ex-pen bars. I might end up building The ‘Twerps their own little enclosure within the chicken pen when it’s time for them to move outside permanently. 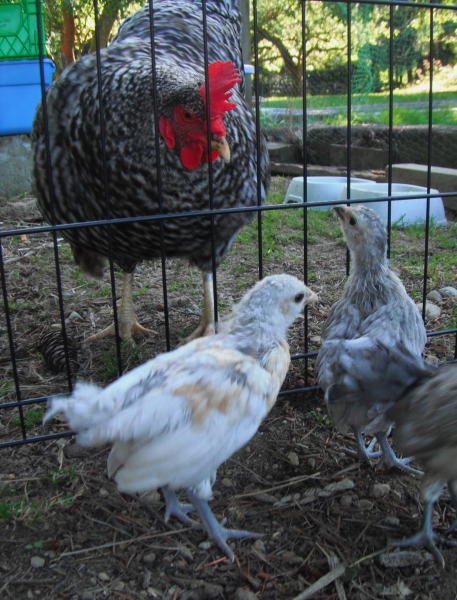 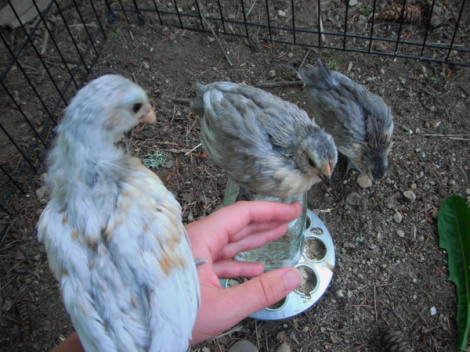 I think Dark Blue is feathering out the nicest. I love the contrast between the blue and red, especially over her neck. She was being very finicky about having her photo taken though, so she doesn’t look as nice here as she does in person. She was highly offended when I wouldn’t let her fly off the grooming table. 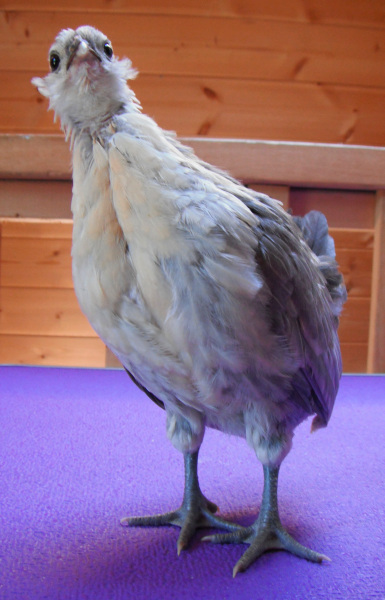 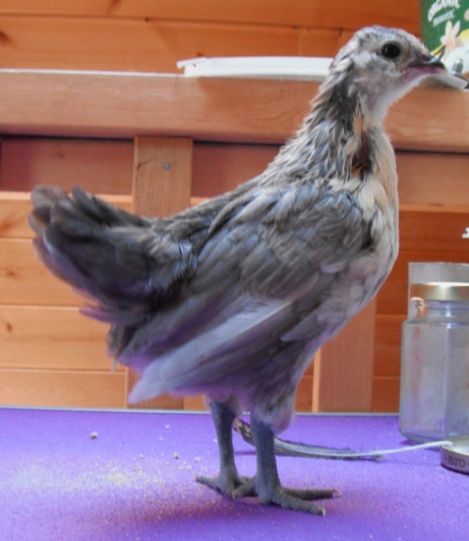 Little Blue was the first to start growing her beard, although Dark Blue quickly followed. I love the beards and I’ve been so excited for their little faces to start fluffing out. Little Blue is still the loudest chick, and the first to start complaining (you can see in the second photo she’s just about to voice her opinion on being forced to pose for a photo). 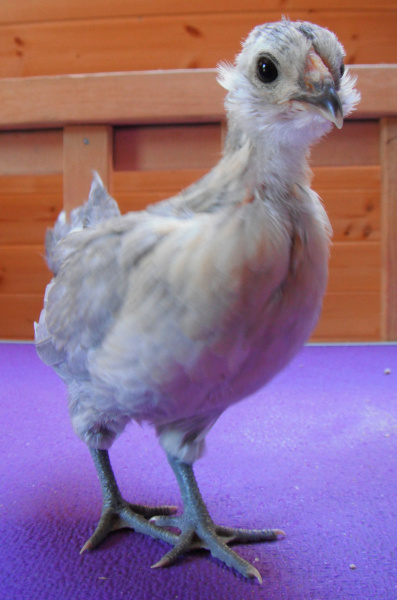 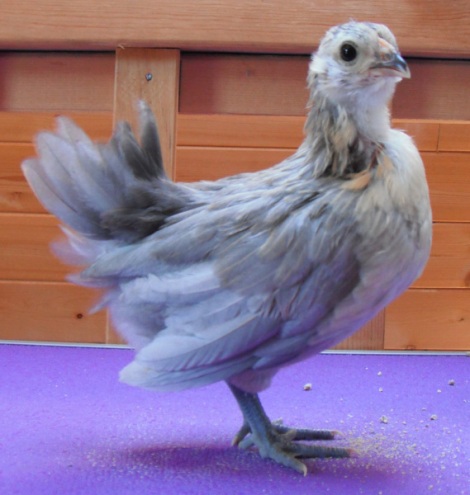 Lavender… I think I’ve actually been misidentifying him, and he’s really Splash. I’m not entirely clear on the colour differences between splash and lavender. I had thought splash didn’t have any red, so I assumed he was lavender, but now it seems like I might have been incorrect. Or maybe not. Either way, he’s turning out to be an absolute doll. 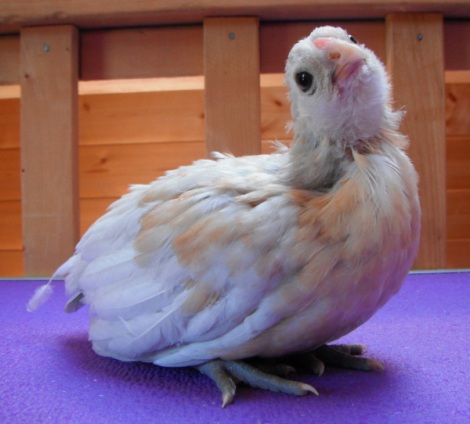 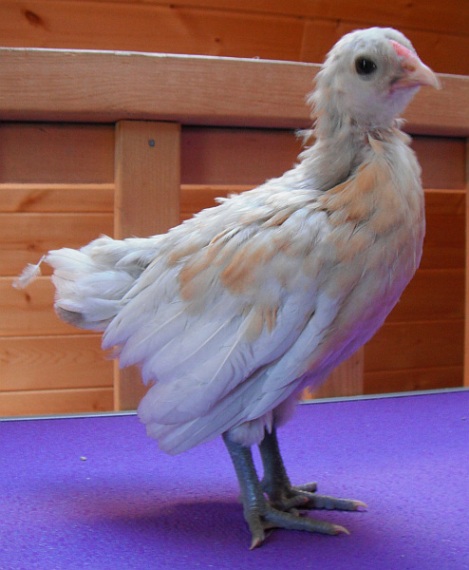 One response to “The ‘Twerps Are 5 Weeks”