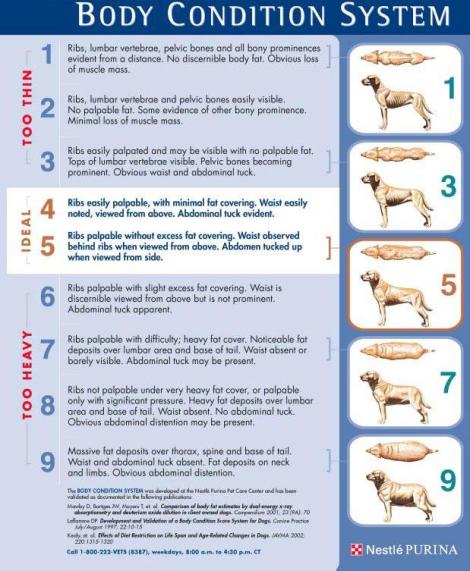 When Suki was at the vet’s for an ear infection I expressed concern that she might be a bit too thin. When compared to a weight chart she falls somewhere between 3 and 4. While she’s not skinny enough to cause concern, her bones are pretty easily felt and because we do a lot of strenuous activities I want to make sure she has enough body fat. The reply I received shocked me. The tech told me I shouldn’t be concerned unless I can see all of Suki’s ribs. Lady, my dog needs to be soaked down in the tub to even get an accurate feel of her bones. She could be emaciated to the point of being on her deathbed and you wouldn’t see her ribs through that fur. If I assessed Suki’s weight by looks alone she’d be a 7, and if you feel her ribs without making sure your fingers are through her undercoat she’ll feel like a 5 or 6. Sometimes if she’s sitting or standing a certain way her waist just disappears in the hair. I expect these kinds of comments from the general public, but I had hoped a trained vet tech would know that all dogs cannot be assessed with the same broad brush. I’ve had people approach me to say I should exercise Suki more so she’ll lose weight. When did we stop minding our own business? 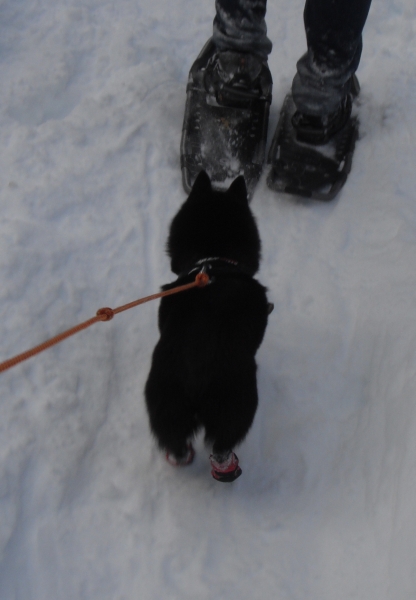 Some breeds needed to be built like tanks for their original jobs.

There’s no need to approach strangers on the street to tell them their dog is fat. If their dog is actually fat they probably already know it, if it’s not fat then you’re just being ignorant of different body shapes. It’s not that I think pet obesity it a non-issue, I just feel like we’re a little too obsessed. It’s a shame when a dog is under-exercised and overfed to compensate or worse, overfed to reduce its energy (if you want a lazy companion don’t get a working dog). Let’s get real though, fat dogs aren’t disgusting or revolting. That’s going a little over the top.

It’s reached a point where when I see comments like, “It’s disgusting when people let their dogs get fat. My dog is a healthy weight, possibly even on the lower end of the healthy weight spectrum” I feel like this person should be tested for eating disorder markers. Like an anorexic version of Munchhausen’s by proxy. The key point in this statement is the proud proclamation that the dog is on the lower end of the healthy weight spectrum; it’s not just at a healthy weight, it’s almost underweight and somehow this is a good thing. Something to be proud of. The other thing that worries me is that these comments are usually preceded or followed by an explanation of the detailed, meticulous feeding protocol of exact measurements (for example, “he gets 1/2 a cup of food at each meal. No more, no less” or “I calculated that he needs 1000 calories each day, and I make sure he gets exactly that”). Just because this person is not obsessing over their own weight does not mean they aren’t going through the motions of an eating disorder. The fact that these people refer to overweight dogs as disgusting is another marker. Obese dogs make me sad because they’re probably not getting enough exercise, but they don’t disgust me. I’ve actually seen someone say the measurements on the side of kibble bags are double what you need to feed your dog. Nutrient-wise sure, some kibble is supplemented at 300% of a dog’s daily requirements, but halving the kibble is going to put the caloric intake way below optimal levels. 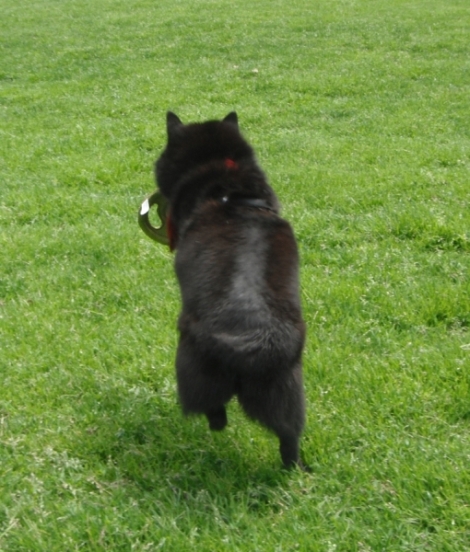 Sometimes I amuse myself by imagining those people are whispering to each other, “Oh, my, god. Becky, look at her butt. It is so big. [scoff] She looks like, one of those rap guys’ girlfriends.”

The dog itself does not necessarily suffer for it. I’ve yet to see a dog become emaciated because of their owner’s weight obsession. But can we make our dogs too thin without actually entering the emaciated stage? To quote Explore Magazine from the article Why Athletes Need Body Fat. The quote is referring to humans but I’m sharing it because it also applies to dogs.

It’s true that it doesn’t take too much extra weight to impede physical performance. Try running with a 10-pound sack of potatoes strapped to your back and see how you fare. But as we strive for optimal physical fitness, it’s also true that you can get too caught up in the national obsession with body fat.

Fat is an essential component of the human body. Indeed, fat, specifically lipids, forms the membrane of every human cell. It naturally follows that too little body fat can have health consequences just as too much can, and recent studies are uncovering some of those downsides.

That was back in 2010, and in my opinion since then the obsession has spilled over onto dogs. I noted with interest that the weight identification chart at my local veterinary office no longer shows an example of an underweight dog. I shouldn’t have been surprised though. After all, the chart was now attached to an advertisement for weight loss food.