Yesterday was all about The Crapmaster. Yes, my old lady turned six! She got treats in her breakfast, arranged like a paw print just because. 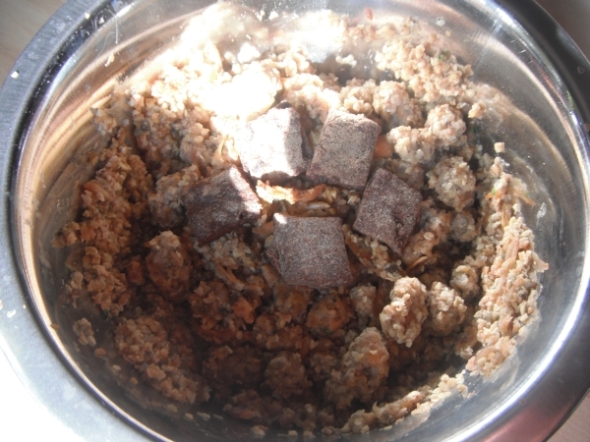 After breakfast we headed over to my mom’s place to share Suki’s carrot cupcakes.

I wrote up the recipe a while ago, but held off until Suki’s birthday to give it a try. They were pretty tasty if I do say so myself, and more importantly all the dogs loved them too. Suki chowed down on her cupcake then wanted some of mine (which she got, because I’m weak-willed with this dog haha). Stay tuned Friday for the recipe. 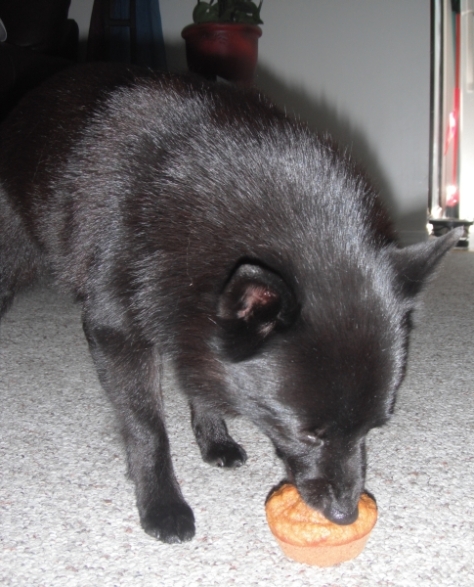 There was a dog event near us that just happened to take place on Suki’s birthday, so of course we checked that out. The event consisted mainly of local dog business booths and a central contest area. We met a lot of interesting dogs, including what might be the cutest Staffordshire Bull Terrier in existence. After drinking all the water in Suki’s bowl she rolled over it, squashing the collapsible bowl flat, and demanded belly rubs.

I actually only took one photo of the entire event – Suki in the pool. Towards the end Suki actually climbed into one of the booth’s water bowls, so we figured a detour to the pool area was in order.

It was so hot out that just a few minutes in the sun was too much. Most of our time there between contests was spent sitting in the shade.

I’d say Suki had a great day. Even if I forgot to pick her up a Greenie, something she gets for every birthday or holiday since she was old enough to eat them. I’ll buy her a belated Greenie today.